Are you lacking with the co-ordination you should get? Here is a great cause that might be not availability of co-ordination circle and co-ordination managerial workforce, proper information system between the teams and departments. If you are taking a bigger picture of your business, it is necessary to remove these obstacles. To discuss further on the study, we should know first about API integration and iPaaS methodology.

What is API Integration and iPaaS?

In Silicon Valley, the hottest technology companies don’t look like technology companies at all. Uber, Lyft, Airbnb all lately filed for IPO’s. What many people realize was that these unicorns were baby companies when they launched their software. A small group of engineers created massive amount of value in software. For illustration, WhatsApp was only 55 people when they were worth$ 16B.

These small teams recognized that everything they demanded was formerly erected. They just had to assemble factors into commodity new. For illustration, the launching Uber masterminds formerly had pre-built factors like mapping/ GPU functions, a medium of transferring dispatches, capability to charge credit cards, etc. They reassembled them into an app with a clever business model. They didn’t write millions of lines of law from scrape.

The iPaaS industry has grown 65% year over year because of this technology trend.

Also Read: Why do you choose Boomi as your iPaaS Solution? 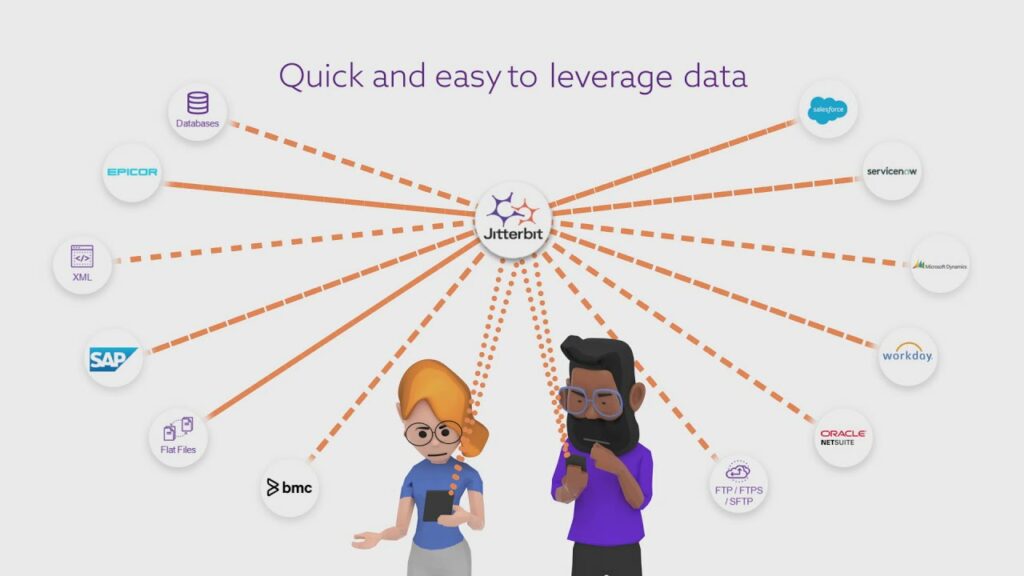 Jitterbit is an advanced point-to-point Cloud-based software integration platform infused with artificial intelligence that allows you to transfer data quickly, easily, and securely between technologies, helping you streamline your processes and deliver projects in days rather than months.

Since this is an integration platform you would expect it to be capable of ETL (Extract, Transform, Load). But I want to talk about the ETL functionality anyway because on top of all the additional features Jitterbit has packed on this platform, it still nailed the basics.

STREAMS SOLUTIONS industry experts work side by side with you to accelerate innovation beyond anything you previously thought possible.” 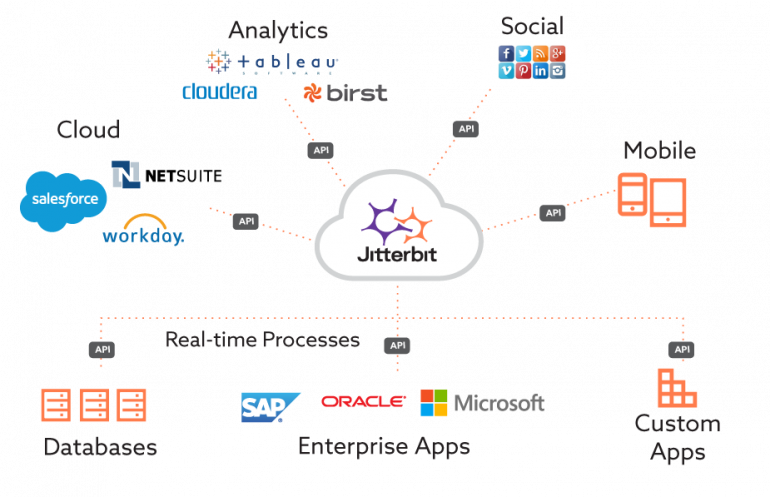 What are the Features of Jitterbit?

Jitterbit is the only iPaaS solution provider that has a 5.0 out of 5.0 rating for product capabilities and with a 100% willingness to recommend rating. In the past, Jitterbit was also recognized by Gartner as a leader in the Magic Quadrant for Enterprise Integration Platform as a Service.

Features of the Jitterbit are:

These are the top integrators with Jitterbit

Jitterbit – simple solutions to complex problems, connect all your technologies together, produce new solidarity, enterprise synapses, neural pathways echoed through into your marketable conditioning. All using a new state of the art interface designed for everyone. Awful UX experience makes connecting your conditioning, straightforward and pleasurable, for us and you. On premise on pall, or both in a mongrel, Jitterbit and STREAMS Solutions are ready for you and your ideas. Once we’ve completed the initial integrations, there are endless possibilities. Jitterbit will move your whole operation from the chaos you have gotten used to, into logical simplified integrations, counterplotted as they should, moving together, communicating without interruption.

integration software jitterbit
Older Post Why do you choose Boomi as your iPaaS Solution?
Newer Post What is NetSuite? Features and Benefits of NetSuite ERP